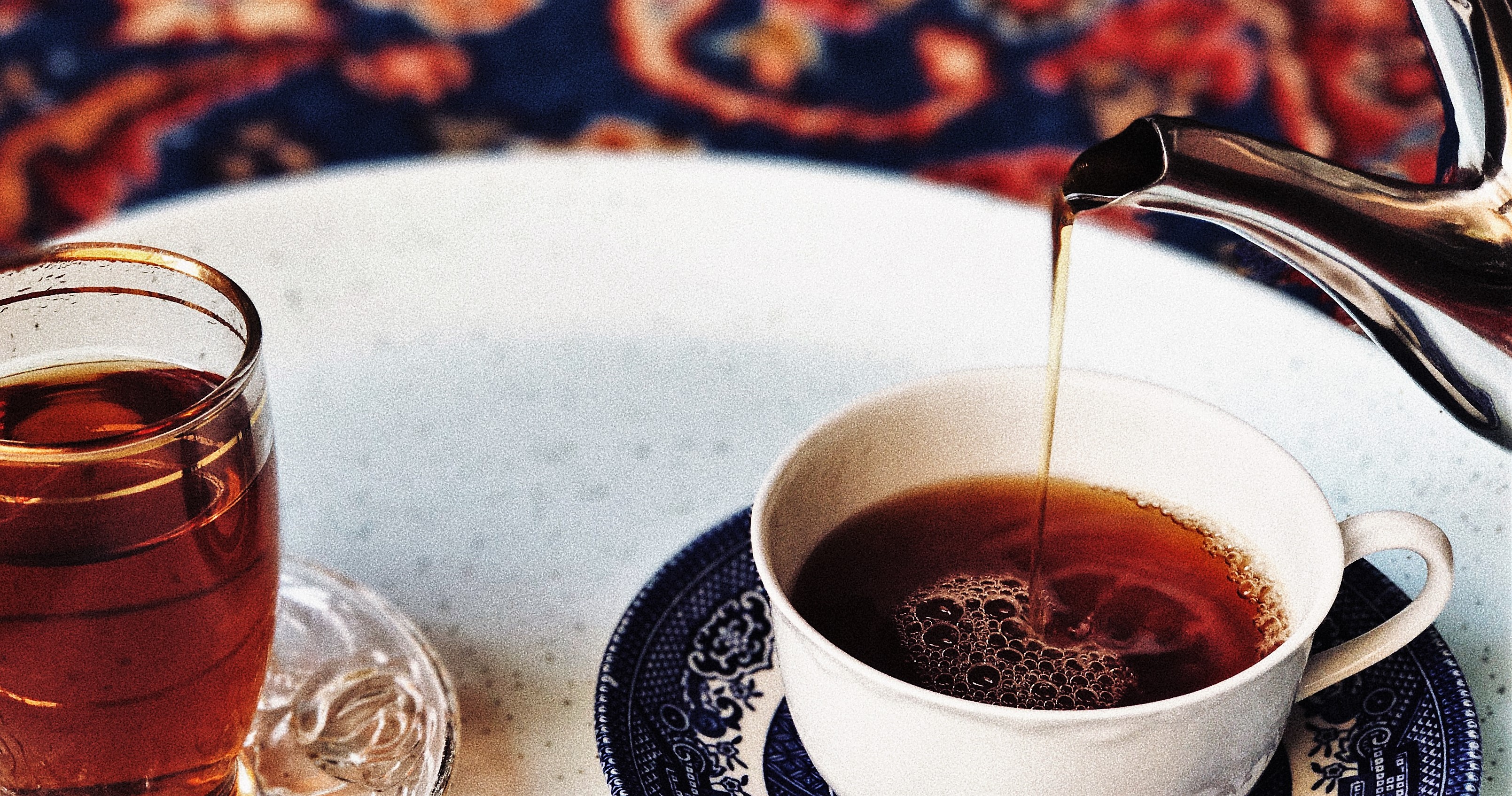 I’ve never been one to rely on my nationality to find answers, or direction, in life. I wholly identify with the ideas of Amin Maalouf, a Lebanese-born French author who asserts that “ties in people’s lives are not always the allegedly major allegiances arising out of language, complexion, nationality, class or religion.” I feel fortunate that my background has allowed me to develop my own ideas and personality, distinct from the impulse to frame them within set or conventional categories, which sometimes have the tendency to polarize. At the same time, I recognize that it is becoming more and more confusing to navigate my way in a world that increasingly demands discrete categorizations, strict identities and overt allegiances.

When I was younger, the idea of an intangible future and what it may hold represented excitement and vast open pastures. Nowadays, that same idea probes questions that trigger my mind into a spiral of anxiety and boundless ambiguity. The loneliness and social dislocation that comes with not having a continuous or defined ‘base’ or structure to my life – and not feeling completely at home or settled wherever I am – is compounded by the competing social, familial and career choices and responsibilities that confront me today.

I’ve essentially been moving ever since I was born. When I was only a month old, my family relocated from Riyadh to London for my father’s work; my childhood was spent in the British capital. Ten years later, we moved back to Saudi Arabia, this time to the city of Jeddah, where I lived out my adolescence and got back in touch with my Saudi roots. This was a major concern of my father, who was – to say the least – distraught by his children’s lack of familiarity with their own culture and heritage. Beyond being illiterate culturally, my siblings and I also had a pitiful grasp of Arabic at the time, despite all the hours we spent in Saturday school. While I still wouldn’t call myself an expert, I’m now happy to be a speaker and lover of the Arabic language. Following my high school studies it was right back to London, where my mother still resides, for higher education and eventually work. It’s true that many others, particularly of this generation, have experienced far more jet setting and unsettled upbringings that take place across a variety of countries and cultures. Nevertheless, having my life split between two – starkly different – cultures, means that I’ve developed deep and significant ties with both and, at the same time, strong uncertainty as to what concepts like home and belonging mean in practice.

A recurring question posed to me, and to many others in similar situations I’m sure, is whether I ‘feel more British or more Saudi’. I never thought much about it in the past, and automatically retorted with an instinctive phrase that hasn’t changed much over the years: ‘I’m Saudi but I grew up in the UK’. Or when I’m in an uncooperative mood, ‘I feel human, and what is nationality anyway?’ But as I grow older I’ve come to realize that some of the associated issues are not as simple as a prearranged quip.  This is probably because, the more serious life gets and the more we have to actually ‘adult’, the more we start to take notice of the inner workings of our personalities, our habits and idiosyncrasies, why we act the way we do in certain situations, and where we derive our identity from. But alas, the confusion that comes with being a third culture kid is, essentially, a first world problem. You’re considered lucky in this day and age, especially in war-torn regions like the Middle East, if one of your chief contemplations is ‘what does home really mean to me,’ and not ‘where did our home go?’

I remember struggling when I first moved to Jeddah. I used to find it amusing and simultaneously unsettling that the girls at our private school would refer to my sister and I as ‘those English girls’ because of our accent, although we clearly did not look English. I remember feeling pressure from family members, society, and even some subconscious part of myself to take Saudi as my one, true home. This pressure made me feel like something was wrong with me. Why did I feel heinously out of place in what was my true home? I quickly realized that I had a lot to catch up on, and the frames of reference I had from my previous life in London would do me no good here. In fact, they only added to my confusion. In my first few months in Saudi, all I could think of were my school friends back in Eaton Square School, my unfinished Easter holiday project, my abandoned taekwondo and drama classes, and my favorite teacher, Miss Pippa.

Because I was an audacious 10-year old, part of me viewed this new reality as an exciting and new adventure. What the adventurer in me did not realize at the time was that there were significant parts of myself left in London. These parts were causing a constant tug of war to exist inside myself, slowing me from fully acclimating to my new life. The biggest and most stunting of these parts was my mother, who, for reasons that are too personal and complicated to recount here, did not make the move with us.

After a couple of years, I finally started to feel settled and, whatever the word really means: normal. I found friends that I could relate to; I became more and more familiar with the unique ways of Saudi; I started to enjoy my time getting to know the many extended members of my family; Harry Potter made its debut; and my father brought me a new best friend – my dog Melou. The settled feeling, however, was only possible because it was precipitated by a realization on my part that I had to fully accept my new life – to move on and, as much as possible, leave my old life behind.

There was something about having my early childhood totally upended and having to find my way in a society and culture that – at the time – I felt no real connection to, that made me who I am today. Though I had – and still have – a troubled relationship with aspects of the culture, I grew to love Saudi Arabia on a very deep level.  The experience of moving between different cultural atmospheres makes a person incredibly thick-skinned, not to mention well rounded. My experiences taught me to absorb the best of different worlds. There are, of course, other teachings that I took from all the moving. From the unbearable experience of being separated from my mother at such a crucial point in my life (whilst having to go on as though everything were normal), I grew a fierce sense of independence, which can sometimes double as self-imposed loneliness. I also became a bona fide expert in the art of compartmentalizing. From the days when I felt more out of place than actual foreigners probably did in Saudi Arabia, I developed a nagging feeling that still creeps up on me – telling me I’m an imposter in my own country. From being treated like an outsider in school, the opinions of others became extremely important to me, especially in relation to myself. I still become emotionally distressed if I feel like someone dislikes me, and I spend countless hours trying to figure out why. For a long time, even after I left Saudi, it was a battle for me to form meaningful relationships with other people and to truly be myself. It has taken a long, long time for me to grow comfortable in my own skin.

I’ve just relocated to London, yet again, after two years of studying in Iran (another story for another time). By now, I’m accustomed to floating in the familiar in-between of constant transit, moving between disparate socio-cultural realms. And for the time being, I have absolutely no idea what the endgame is. Yes, there are those back in Saudi who argue that one is ‘betraying the homeland’ by choosing to live anywhere else. And there are those in the UK and elsewhere that like to make sweeping assumptions and generalizations about Saudi society and culture, insinuating that I’m one of the ‘lucky ones’ for having escaped it. I don’t lend much credence to either viewpoint.

In all honesty, I’m not sure where I fit in the grand scheme of things, or where I’d be most happy to end up. I might not have the answers at this moment, but the life I’ve had thus far has provided me the luxury of being satisfied with not knowing. In the sentiments of Elif Shafak, roots don’t necessarily exist in one place; even underground, they go in all directions. A pluralistic existence, being both an insider and an outsider at the same time, means that you can take a step back to view the sprawling horizons that are our past and present experiences; you can question things that others may take for granted. Despite the intermittent confusion, my fluid identity prevents me from getting my sense of belonging from fixed ideas or places. Instead, I create my own sense of belonging from the relationships I build and the kindred spirits I meet. No matter where I am in the world, it will always be people – not places – that make me feel at home.